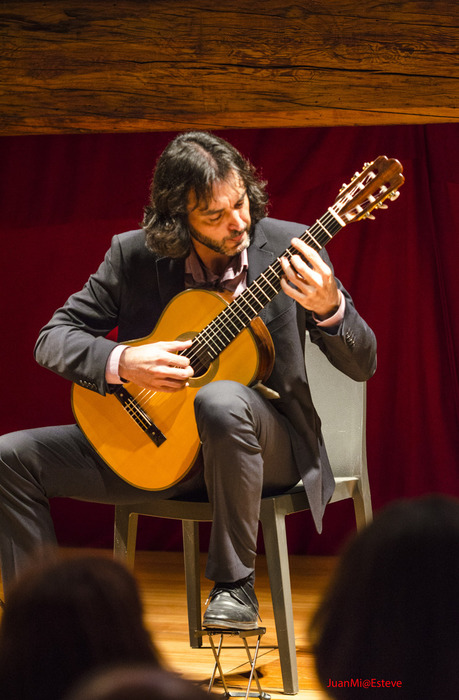 Toni Cotolí has established himself as one of the leading figures in contemporary Spanish guitar, taking his music to the United States, Japan, China, the Arab Emirates and, of course, throughout Europe.

Throughout his Twenty years plus professional career, Toni has been characterided by his musical versatility adding his own personal identity on the Spanish guitar, rhythms and trends in different aspects of flamenco, tango, blues and rock going through the impeccable execution of the pieces created by great classical composers such as Albéniz, Tárrega, Piazzolla or Giuliani.

His training began at the Joaquín Rodrigo Superior Conservatory in Valencia, and has been completed over the years at the Luthier School in Barcelona, the Robert Schuman Honchschule in Düsseldorf and at the University of Cáceres where he studied the Master of Musical Interpretation directed by the prestigious guitarist Ricardo Gallén. He has received many different awards which include the End of Middle Grade Award and the End of Career Honor Award as well as the prestigious Euterpe Music Award of the Valencian Community in 2002.

He currently combines his artistic activity with his work in Guitars Francisco Esteve and Guitarras Juan Hernández where he is in charge of the quality control of instruments as well as with his teaching job at the German School of Valencia as a guitar teacher. In addition, he is one of the promoters of the innovative Ricardo Gallén Course of Guitar and Physiotherapy.